Foundation Brood Bitches
Our breeding programme has been developing since 2007 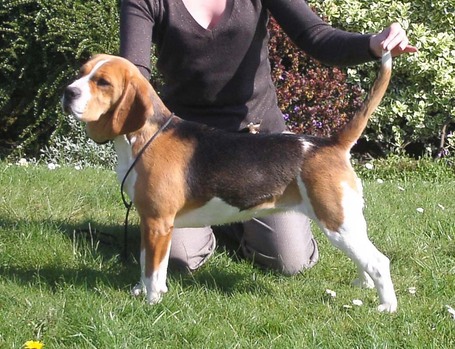 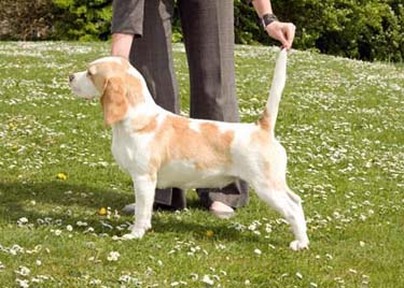 ​A huge thanks goes out to Christine Lewis (Fallowfield) for agreeing to sell me this gorgeous girl.
Beighleigh Diva (Diva) 8/11/2009
CH Dialynne Masterpiece x Dialynne Delta of Beighleigh
​retired 2017 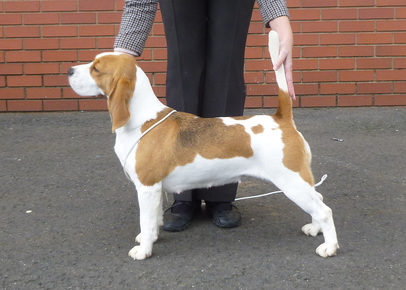 ​'Diva' is out of the first litter bred here at Beighleigh Kennels she is a very special lady who has had success in the show ring as a youngster and is now proving to be an outstanding brood bitch and mother.  She is dam of our up and coming star Beighleigh Idol. Her pedigree contains a host of top quality champions.
​Pondsanwood Rosie In Fallowfield (Rosie) 30/7/2013 (retired 2017)
CH Pondsanwood Ruby In Fallowfield (Ruby) 30/7/2013 (retired 2018)
CH Fallowfield Barney x Sweet Tilly Tot by Dialynne Motivation At Fallowfield
​Litter sisters 'Rosie' and Ruby are one of our more recent additions to our breeding program here at the kennels. Rosie was purchased in 2015 from Mrs Christine Lewis Fallowfield for her stunning confirmation and the sweetest of natures. After being so pleased with Rosie's offspring in 2017 we also purchased her Champion litter sister 'Ruby' both girls have produced some outstanding litters and their offspring will surely be a huge influence on the kennels show success.
​They are by none other than Ch Fallowfield Barney.
​
​Fallowfield Temptation Of Beighleigh (Poppy) 15/5/2014
Fallowfield Addie x Fallowfield Tuppence by CH Fallowfield Royal Richard
​ 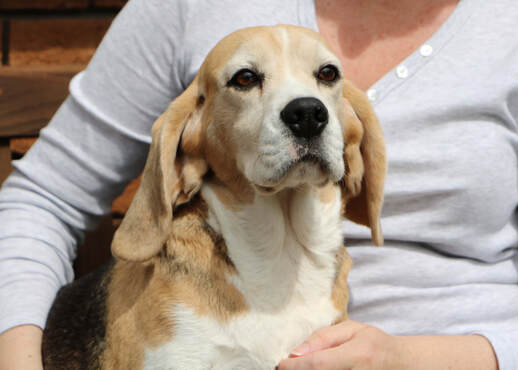 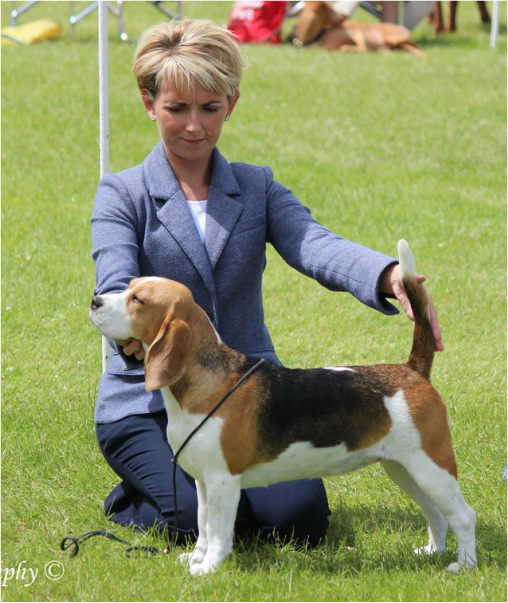 ​Beighleigh's Diamond Dior who from 2014-2017 has been a very influential part of our show team, is daughter of the very popular 2013/14 top stud dog CH Dialynne Musketeer, and grand daughter of CH Dialynne Maximus,
Int ​CH Dialynne Hallmark and Ch Dialynne Chaise.
These bitches pedigrees are very impressive, with 'Saff' being daughter, 'Dell' granddaughter, 'Diva' and 'Nicky's' great granddaughter and 'Rosie and Poppy great great grandaughters of CH Fallowfield Douglas who has been awarded 13CCs with 10 BOBs and was the breed's top stud dog 2003, 2004, 2005, 2006, 2007, 2008, 2009 & 2010.

'Saffy' and 'Rosie's' grand father is an American Champion Import and was the Our Dogs Top Beagle Stud dog in 2007.  With 'Saffs' half sister, CH Fallowfield Darlene recieved the Dog World Puppy of the Year 2008.

Our gorgeous 'Rosie' and 'Ruby' who are by the very successful CH Fallowfield Barney who again has had numerous CCs, and her great grandfather CH Dialynne Musketeer who was Top Stud Dog 2013-2014 winner of 4CCs and hound group 3 and is sire of 5 CC winner in 2013.

And not forgetting the beautiful 'Poppy' who is daughter of Fallowfield Addie who currently has 2CCs and 1RCCs to his name.  Granddaughter of CH Fallowfield Bartholomew 3CCs, 2RCCs and BOB, and CH Fallowfield Royal Richard, all of which have produced many successful champions.
I am extremely indebted to Dianna and Melanie Spavin along with Christine Lewis as these darling girls have amazing character and conformation.  Their pedigrees contain a host of champions and will help to develop the Beighleigh Kennels.